Moody Radio first came to Mitchell, Indiana as a Satellator with 13-watts of power on 89.9 FM in February 1994, and it covers much of Lawrence County. Moody Radio Indiana also operates WMBL at 1,000-watts on 88.1 FM, which was added to the site on August 22, 2001, and can now be heard as far south as Salem and north beyond Bloomington to the main campus of Indiana University. The Mitchell Satellator carries the Moody Radio national programming originating from Nashville, Tennessee, while WMBL rebroadcasts programming from Moody Radio Indiana's studios in Anderson, Indiana.

Mitchell was founded in the 1850s at the point where the New Albany and Salem Railroads crossed the proposed line for the Ohio and Mississippi Railroad. In the late 1900s its downtown area was defined as a historic district, listed on the National Register of Historic Places. Mitchell is known for being the birthplace of astronaut Virgil "Gus" Grissom (1926-1967). Selected as a member of NASA's Project Mercury space program, Grissom was the second American to ever fly in space. He later flew aboard Gemini 3, making him the first person to fly in space twice. 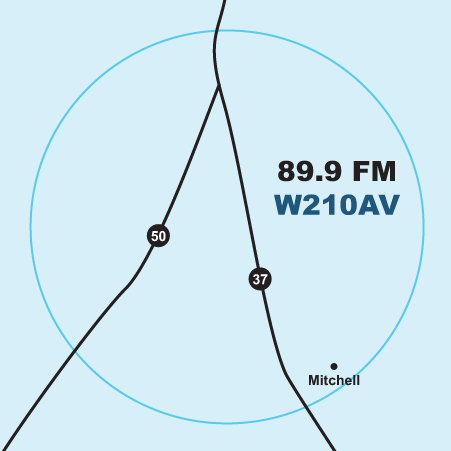