The Huron Satellator first signed on January 19, 1999. It broadcasts on 90.5 FM to Beadle County, South Dakota with a potential of reaching over 17,000 people. Huron Christian Radio is the local sponsor of Moody Radio and pays for local Satellator operating expenses in Huron. It also pays for the 100.1 FM Translator expenses in Carpenter, SD.

Huron, located in east central South Dakota, is the result of the railroad and land booms in the 1880s. The early history of the town is closely linked with the Chicago and Northwestern Railway. Marvin Hughitt, the General Manager of the railroad, named Huron for the Huron Indians that populated that region. Huron is the home of the first elected female U.S. senator Gladys Pile. It also is home to the Humphrey Drug Store where former Vice President Hubert H. Humphrey worked during the Great Depression. Additionally, it is the home to the largest man-made ring-necked pheasant. Standing 28 feet tall and weighing 22 tons, the giant pheasant promotes Huron as a premier hunting spot. 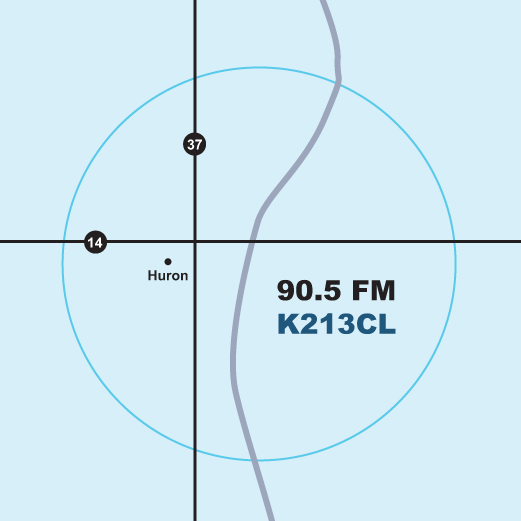