The Moody Radio Mena Satellator signed on the air on October 21, 2005. Prior to being its own Satellator, the Mena station was a translator of a former Moody Radio affiliate radio station based out of Hot Springs, Arizona. The Mena Satellator has a potential of reaching nearly 6,000 people in the Mena area.

Mena, the county seat of Polk County, Arkansas, was founded in 1896 by Arthur Edward Stilwell during the construction of what is now the Kansas City Southern Railroad. Stilwell named the city after his friend and financer's wife. Tucked at the foot of Rich Mountain, Mena offers an abundance of untouched scenic beauty. Rich Mountain is part of the Ouachita Mountain range, the highest elevation between the Appalachians and the Rockies. The Ouachita National Forest covers 1.8 million acres in central Arkansas and southeastern Oklahoma.  Mena is host to many popular events including bluegrass festivals and art shows. 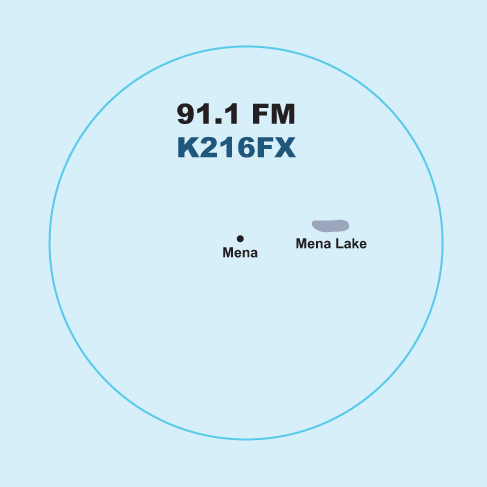