Three separate Satellator inquiries from Safford, Morenci, and Clifton, Arizona in the mid-1990s led to Moody Radio's first and only "Super Satellator" on 88.7 FM. Our Graham-Greenlee Satellator signed on-air 8/31/1996 and currently transmits with a power of 250 watts from the top of Guthrie Peak at more than 6,600 feet above sea level and almost 2,400 feet above average terrain. As a result, our Graham-Greenlee Satellator covers all of Graham and Greenlee Counties in southeast Arizona and can be heard as far away as Lordsburg, New Mexico, more than 50 miles away.

Graham County was named after the 10,516 foot Mount Graham, the highest peak in the area. The terrain is mostly composed of high desert plains at the base of medium to large basalt mountains.  Settlers were initially brought to this area in the 1800s by gold mines. Today copper mining, recreational sports, and tourism are the major industries in the area. Safford, the county seat of Graham County, is home to the Mount Graham International Observatories where there are three world-class astronomical telescopes. 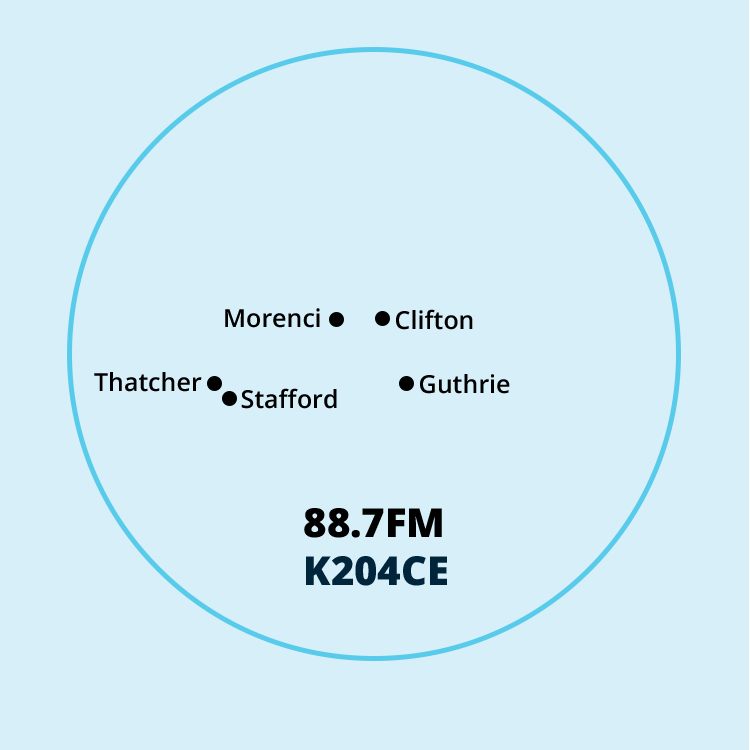