What is the job of the Church? Janet Parshall will answer that question in this week’s commentary. 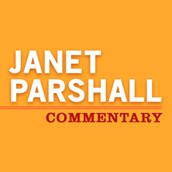