Hour 1: The Word and the World

Today, we begin with the headlines of the day and then discover the joys of Scripture memory from a man who has memorized over a dozen books of the Bible.  We finish the broadcast by discussing some key national security issues affecting us all.  Don’t miss a minute of In The Market with Janet Parshall today!

Hour 2: This Side of Eternity

Claiming that the best way to find meaning in life is to get honest about death, our guest will show us the practical effect of remembering their mortality in order to make the most of their lives today. Don’t shy away from this conversation. Learn how to make the most out of life – this side of eternity.

The Bible Memory Man has memorized over 20 books of the Bible.  He is a frequent guest speaker at churches and conferences where he presents the Bible spoken dramatically from memory in an engaging and powerful manner.  Sharing his Bible memory insights, Tom inspires Christians to memorize the Bible. 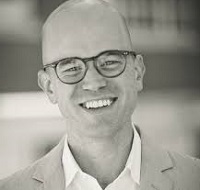 Matthew McCullough (PhD, Vanderbilt University) serves as pastor of Trinity Church in Nashville, Tennessee, which he helped plant. He is the author of The Cross of War and writes occasionally for 9Marks and the Gospel Coalition.