Millions of people are being trafficked worldwide. Exploiters look for people who are marginalized by society, so most of these people are hidden in plain sight. Let My People Go Executive Director Raleigh Sadler talks with Ed Stetzer about what the local church can do to fight these global injustices. 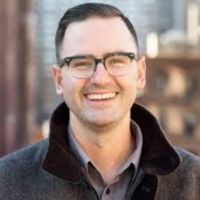 Raleigh Sadler leads the "Let My People Go" network, a movement to empower the local church to fight human trafficking by loving those who are most vulnerable.  He's worked with the Price of Life Invitational, the New York State Anti-Trafficking Coalition, Restore NYC and several other justice and mercy organizations. He's also written a book on the issue, "Vulnerable".  Raleigh believes that the world will not see an end to the problem of human trafficking until the local church rises up against it.