Thank you for your faithful listenership to Faith on Record. We apologize that at this time we will no longer be offering this program for on-demand consumption, but you can still listen to it live on WMBI every Sunday evening from 8pm-11pm CST. To hear more music from the 70’s, 80’s and 90’s, at any time, listen to Majesty Radio. Bill has been with Moody Radio for nearly 40 years, filling the roles of announcer, engineer, morning show host, producer and script writer. He has also been an active freelance voice-over actor in Chicago and Atlanta. In addition to hosting Faith on Record, Bill is the co-host of Living a Legacy with Crawford Loritts. Bill and wife Dee have 3 adult children. 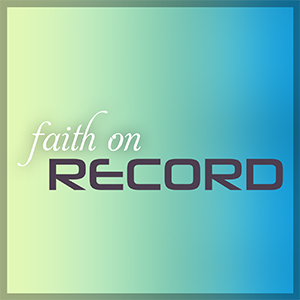 Faith On Record is a weekly three-hour program that airs on Sunday nights. Bill Davis takes this time to dig into Moody Radio's album archives to bring back some of the inspirational classics from the 70s, 80s and early 90s—songs and artists we don't hear as much anymore. We'll flash back to some of the great songs by the likes of Steve Green, Rich Mullins, Twila Paris, Glad, 2nd Chapter of Acts, Steve Camp and Sandy Patti … even back to the days of Dallas Holm, Evie and the Imperials.
No Results Found