We'd love to hear from you. Use the contact information below to connect with us today.

Feel free to send your comments or questions to todayinthewordradio@moody.edu.

Phil Shappard is the National Operations Manager for Moody Radio in Chicago. He first started in radio ministry at Moody Radio station WDLM which is located in the Quad Cities area of Northwest Illinois in the early 1980s, then moving to radio station WMBI in 1983. Departing Moody Radio for a few years of education he returned to Moody Radio to oversee the Moody Radio Network national operations which, thirty years later, he still oversees. Phil’s passion is the preservation of Moody Radio’s rich radio heritage for future generations. 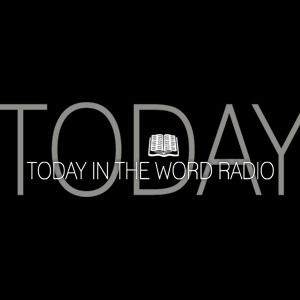 Today in the Word Radio

Today in the Word Radio features daily messages from the wide variety of pastors and evangelists who have spoken at Moody Bible Institute conferences and events over the years. The Moody Radio archives open timeless messages from many of the world’s most gifted Bible teachers, including John MacArthur, Chuck Swindoll, Andy Stanley, Warren Wiersbe, Alistair Begg, Howard Hendricks, John Piper and many more. You will also hear classic messages from the late Vance Havner, E.V. Hill, A.W. Tozer and others, along with messages from past Moody presidents: William Culbertson, George Sweeting, Joseph Stowell and Michael Easley. Today in the Word Radio showcases biblical analysis, commentaries, Bible questions and answers, teaching segments from Moody classrooms and special features on God at work through Moody students, faculty and alumni.
No Results Found