Up Close & Personal with Zach Williams

2018 Grammy Award winner, Zach Williams, wrapped up last year with another Grammy nomination, his third in three years. Listeners are resonating with his personal testimony of finding freedom in Christ which is beautifully reflected in his music from the song “Chain Breaker” to “Survivor.” Hear Zach perform those songs live and share his heart for the incarcerated on today’s This is the Day Podcast.

Nancy Turner is heard each day on  Moody Radio, on the Praise and Worship internet stream, and on This Is the Day, her podcast. She began her radio career while in high school and has continued broadcasting ever since. She has hosted various television programs including the Muscular Dystrophy Telethon, Country Music Today and various PBS fundraisers. Nancy has a daughter and a dog, and loves to encourage her listeners every day. 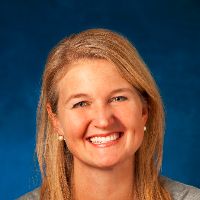 A native of Illinois, Judy's career in broadcasting began as a satellite engineer and overnight announcer for Moody Radio in 1993 while pursuing her Master's in Biblical Studies from Moody Theological Seminary and Graduate School. She then worked for CNN in Atlanta as an associate producer before returning to Moody Radio as the executive producer of The Morning Ride. She now has more than 20 years of broadcasting experience and has served in many different roles, including producing, engineering and hosting. Judy is also the coordinator of the women's ministry at her church and enjoys baking, gardening, road trips and spending quality time with her husband and three children. 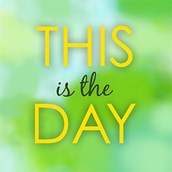 This Is the Day

Real people. Real stories. It's important to share stories about what God is doing in someone's life. It reminds us that we are not alone in our experiences and expands our view of God and the world in which we live. This Is The Day connects with authors to musicians — people just like you. Their lives have been transformed by God and they have a story to tell that could change your life. What's your story?
No Results Found