​The Middle East: More than 450 million people. Arabs, Egyptians, Jews, Greeks…to name just a few. Lots of oil…lots of trouble. But not much hope. Rex Rogers has just returned from a trip to the Middle East and North Africa regions. And boy, has he got stories. You don't want to miss one of them. And you won't—if you join us for The Land and the Book. 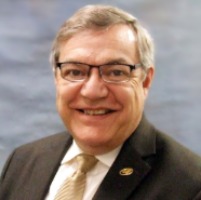 Dr. Rex M. Rogers is an author, speaker, and President, SAT-7 North America (dba, SAT-7 USA), the American arm for SAT-7, a satellite television ministry broadcasting Christian programming on five channels in three languages, Arabic, Farsi, and Turkish, reaching across seven time zones into 24 countries in the Middle East and North Africa, as well as 50 countries in Europe. Dr. Rogers is currently writing Be One of God's Unlikely Leaders--Live With Focus, Get Things Done.This book will help people become leaders God empowers to change the world. Married in 1974, Dr. Rogers and his wife, Sarah, have four adult children and their spouses, nine grandsons and, finally, one granddaughter.