A recent study shows there’s been a 46% surge in hate crimes across the country! And in New York City, that figure more than doubles to a whopping 96%! No surprise: Jewish Americans remain the most targeted group. What’s fueling this? How can believers make a difference? That’s our conversation this week on The Land and the Book. Join us. 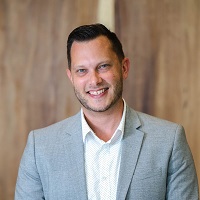 Scott Phillips is the Executive Director of Passages, an organization that connects young people with the people, places, and issues of Israel—both ancient and modern.