It stands more than 160 stories tall! The Burj Khalifa (Burj Kah-LEEF-uh) in Dubai is the tallest building in the world. It’s nearly twice as tall as the Empire State Building! But what if it became the object of a terrorist attack? And what if Israel’s Massad agency became aware of the plot? We'll talk about that—and a whole lot more in a stimulating conversation this week on The Land and the Book. Be sure to join us! 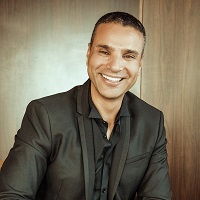 Amir Tsarfati is a native Israeli and former major in the Israeli Defense Forces. He is the founder and president of Behold Israel—a nonprofit ministry that provides Bible teaching through tours, conferences, and social media.