Put Your Armor On!

​Spiritual armor. Most Christians are familiar with the concept. But we're a bit shaky on knowing how to USE that armor. The subject of spiritual warfare makes some of us squeamish. But the Scripture says, like it or not, we ARE in a battle. We don't have to invite it. This week on The Land and the Book, Dr. Fred Dickason helps you put your armor on! Don’t miss The Land and the Book. 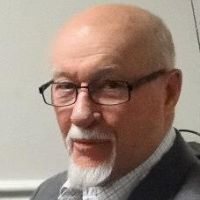 Fred Dickason has served on the faculty of the Moody Bible Institute for thirty-four years. He was professor and chairman of the theology department until his retirement in 1995. An author and lecturer on angelology and the spirit world, he counsels many who have been involved in the occult. Dr. Dickason is the author of "Winning the War Through Prayer", "Names of Angels, Demon Possession and the Christian, Angels: Elect and Evil, The Spirit of Grace, Angels: Studies in the Biblical Doctrine of Angels," and " From Bondage To Freedom Studies in the Epistle to the Galatians." Dr. Dickason resides in Carol Stream, Illinois.