​With yet another COVID variant, what’s the future of tourism in Israel? What about the relationship between Jerusalem and Washington? And why does Israel seem to be losing the public relations war in the media? We’ll tackle some tough questions as we meet the Consulate General of Israel to the Midwest. Join Charlie Dyer and Jon Gauger for a one-hour fly-over of the Middle East…on The Land and the Book. Join us! 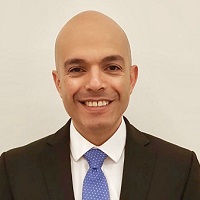 Yinam Cohen is a career diplomat with 15 years of experience in the Israeli Ministry of Foreign Affairs. Currently, he serves as the Consul General of Israel to the Midwest.