​Its carpets are world famous, and it has the world's second largest gas reserves. It’s the nation of Iran. Did you know Iran has one of the world’s fastest growing churches—despite the persecution? This week on The Land and the Book, discover “Not Forgotten,” a ministry to women in Iran. Plus, learn how teenagers are paying the price for their faith in Muslim countries. Stories you’ll be sharing tonight over the dinner table—that’s The Land and the Book. 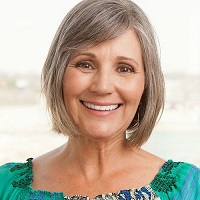 JoAnn Doyle was a pastor’s wife for 20 years before God called her and her husband into full-time work in the Middle East, Central Asia and North Africa in 2001. JoAnn launched a ministry for Women in the Middle East named Not Forgotten. The team has ministered in Israel, Egypt, Gaza, The West Bank, Jordan, Lebanon, Afghanistan, India, Korea, and right here in the United States.