​The Chosen. It’s the television series that’s been seen in every country on the planet. The Chosen. Now comes a new novel based on the video series. This week on The Land and the Book, we’ll go behind the story for insights from best-selling author Jerry Jenkins. Then we’ll immerse ourselves in Bible questions and answers. Plus, Charlie Dyer’s devotional will take us to a very special place in Israel. Be sure to join us for The Land and the Book. 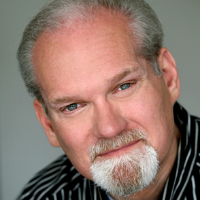 Jerry B. Jenkins has written nearly 200 books, including 21 New York Times bestsellers with total sales of more than 71 million copies. He’s known for biblical fiction, end-times fiction (the Left Behind series), and many other genres. He also assisted Billy Graham with his memoirs and has written numerous sports biographies. He lives with his wife, Dianna, in Colorado Springs, Colo. They have three grown sons, one of whom, Dallas, is the creator, cowriter, and director of The Chosen TV series.