​Have you ever wondered about the Bible and whether or not the events in it really happened? Tim Mahoney has traveled the world and talked to experts on both sides of the question. He says there are patterns of evidence that match events and places recorded in the Bible. Using the Bible as a guide, he helps us discover details that many have overlooked or forgotten. Patterns of Evidence. Don’t miss the conversation this week on The Land and the Book. 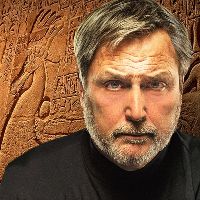 Timothy Mahoney is a Minnesota filmmaker with over 20 years of experience at the helm of a media production company, producing award-winning television commercials and videos for regional and national companies. He is the founder of the film production company Thinking Man Films. He also wrote, directed and produced the documentary feature film Patterns of Evidence: Exodus.