​During World War 2, some 15,000 children passed through an infamous concentration camp in Czechoslovakia. But fewer than 1,500 survived. This week on The Land and the Book, you’ll meet one of the survivors. It’s a story you shouldn’t miss. Plus, Charlie Dyer and Jon Gauger will bring you up to date on the headlines throughout the Middle East—and explore your latest Bible questions. So join us for The Land and the Book. 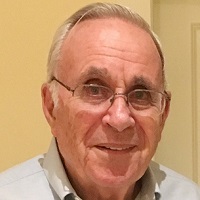 ​Steen Metz was a young boy living in Denmark when the Nazis conquered Denmark in 1940. He experienced three years of occupation until his family was arrested and deported to the Theresienstadt Concentration Camp in Czechoslovakia where his father died six months later.