​The Middle East-North Africa region has the highest concentration of Muslims of any region of the world: 93% of its approximately 341 million inhabitants are Muslim. How do you reach these people with the gospel? This week on The Land and the Book, you’ll hear amazing stories that will encourage and inspire—we promise! So make it a point to join us for The Land and the Book. 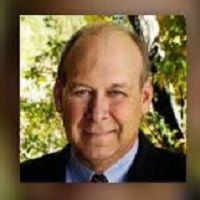 Lauren has served as TWR’s president and CEO since December 2008. In 1979, Lauren married June. He says that God has greatly used her in his life to develop sensitivity to the needs of others and has used their family to mold his character. Lauren and June have one son, Grant, a graduate of Regent University School of Law in Virginia Beach, Va.