​Do you know what the Five Pillars of Islam are? And did you know there are at least eight types of Jihad being waged? What exactly is a “caliphate”—and why should you care? This week on The Land and the Book, it’s “Islam in a Nutshell.”  We’ll continue our conversation about everything you need to know about Islam. Our guest is a former Muslim who now follows Christ. Don’t miss The Land and the Book. 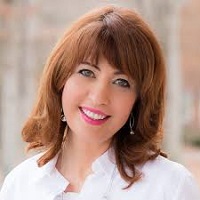 Isik Abla was born in Turkey. She was raised - and physically abused - in a Muslim home, only to escape into even deadlier abuse by a man she married.

Isik entered college when she was only sixteen and earned a bachelor's degree in literature, followed by an advanced business degree. She worked in high-ranking executive positions for some of the largest corporations in Turkey and traveled extensively throughout Europe.

In 1996, she fled to America for her life from a violent husband. After years of struggle to start her career all over again in a foreign country and failing in many areas of her personal life, Isik went into intense depression.

She had a personal encounter with God on the day she was planning her suicide. That day, she received the supernatural healing and redemption of Jesus Christ.

From that moment on, her life remarkably changed for the better. More doors were opened, and she was given a position as CFO, then as CEO, of North American operations for a European corporation. In the meantime, Isik served in many capacities as a minister of the Gospel and as an evangelist and public speaker. Isik started her second college to study Computer Science. After a while, she realized that God was calling her into full time ministry. She left college and went to Ambassador's Commission School of Ministry. Soon after her graduation, she became an ordained minister by WBWF.

In 2009, Isik began hosting a satellite TV program called Light for the Heart on the Kanal Hayat Turkish-language channel. After receiving tremendous response, two years later, Isik added a live call-in program that is simulcast on the Turkish and Farsi channels throughout the Middle East and Europe. These TV programs now deliver the message of love, healing, and freedom through Christ Jesus, reflecting on her own life experience.