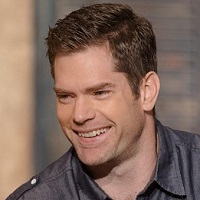 Dallas Jenkins produced the independent feature Hometown Legend at the age of 25. His next short film, Midnight Clear, starred Stephen Baldwin. He is the co-executive producer of Though None Go with Me, a Hallmark Channel feature—and the creative force behind The Chosen TV series.