It was the senior year of my Moody Bible Institute education. Breaking up at a Bible college is not something that you do. What is done is the exact opposite, which is what many of my peers did. Many of my friends were married the summer we graduated, while I was grieving a recent breakup.

I was not only angry and bitter towards my ex-boyfriend, but also I was ashamed of a failed relationship. Does that sound familiar? If you haven't had that feeling, congratulations...you are just like my husband, who didn't have to go through a failed relationship. I don't know why this happens, and for some of us, it happens over and over again. Maybe it is a list of failed dating relationships. You want to be married, but the relationship never seems to progress to that point. Maybe you are facing a failed marriage–you never thought something that started so wonderfully would end so horribly.

For me, it took a long time to overcome the shame of this failed relationship. Stories of Jesus reaching out to others gave me hope. Here's what we know about Jesus,

He wasn't around “polished” people or people who “have it all together". No, He was around many whose shame kept them from really living.

I read stories like the woman who had internal bleeding. Now, in Jesus' day when someone had an illness, a doctor wasn't the only person needed. People also thought that a person's illness could be unconfessed sin and/or wrongdoing. The woman talked about in Matthew 9:20–22, Mark 5:25–34, and. Luke 8:43–48 had likely been to priests along with doctors to fix her medical problem. The internal bleeding she experienced would have caused her social shame along with constant physical pain. What did she do? She reached out to Jesus–she just wanted to touch Him. And when she did, Jesus felt His power going out and immediately turned around and noticed the woman. He said, "Your faith has healed you," and from that point on, she was healed (Matthew 9:22). Jesus didn't just keep walking, He came back to tell her that she had been healed. Jesus had seen her and her shame.

Another amazing story from Jesus' life happened at a watering well. As Jesus was sitting at the well, a young lady came to draw water. He started talking to her and asked for her help. Immediately she points out their differences. She says, “Aren't you a Jew? I am a Samaritan." What she was pointing out is, "Usually people like you don't want to talk to people like me". He said, “I can give you more, just tell your husband". She said, "I don't have a husband."

"Jesus said to her, 'You are right when you say you have no husband'. The fact is, you have had five husbands, and the man you now have is not your husband. What you have just said is quite true." (John 4:18)

Wow, talk about failed relationships! Now she is thinking, who is this man? He has to be a prophet or a spy…or maybe the Messiah.

The woman said, "I know that Messiah (called Christ) is coming. When He comes, He will explain everything to us." Then Jesus declared, "I, the one speaking to you—I am He." (John 4:25-26)

He told her that He had come to give her true life. She was so thankful that He had actually seen her and looked past her shame that she was motivated to tell everyone about Him.

When I was in the middle of being suffocated by my shame, there were two things that really hurt me. Firstly, I had many friends who walked away and didn't take the time to walk through a hard season with me. Secondly, I had friends who just didn't want to talk about how I was doing or what had happened. Through these two stories of Jesus' life, I found out what a friend we have in Jesus. I hope this gives your heart hope too.

Jesus sees your shame, He wants to talk to you about it and He's not going to just walk past. 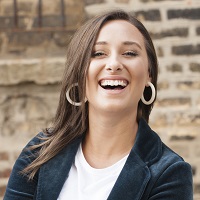 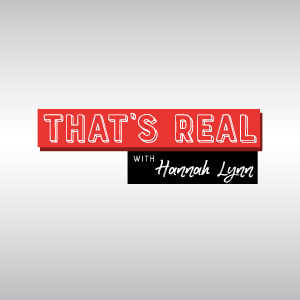