Celebrate the Christmas season with selections from Moody Radio and our partner ministries!

Christmas in the Beginning

Did Christmas begin in the First Century? Or does it have deeper roots before Christ’s birth? Join Charles Morris for a Christmas special called “Christmas in the Beginning” as he explores the promises and events found in the Old Testament pointing to the coming of Jesus—the most wonderful gift of all. Interspersed with music and featuring stories from Lee Strobel, Joni Eareckson Tada, Admiral Barry Black, Sally Lloyd-Jones & Randall Goodgame. The program will offer listeners hope and perspective during the season that is truly all about Jesus.

Unwrapping Christmas in the Old Testament

For most of us, our vision of Christmas is limited exclusively to the gospel accounts. But Christmas is actually unwrapped in the Old Testament! We’ll do some great exploration with compelling guests in a journey that will take listeners to a fresh appreciation of the real story of Christmas.

Unwrapping Christmas in the Old Testament—Trailer: A one-minute overview of the Moody Radio Christmas special. In response to numerous listener and station requests, Moody Radio’s Production team produced the new radio special, MBI Excerpts from Handel’s Messiah. This 54-minute special consists of a variety of selections from the Messiah, an oratorio by George Frideric Handel, which had been an annual presentation and performance by the Sacred Music Department of the Moody Bible Institute through 2017. Messiah celebrates the awesome power of God and the gift of his Son, encompassing both the lyrical art of music and God’s word. This special 2022 release of MBI Excerpts from Handel’s Messiah was produced from past Moody Bible Institute Music Department performances. Many favorite excerpts from The Messiah are included.

Adapted from the Moody Publishers title by Chris Fabry and Gary Chapman, A Marriage Carol, is a drama from Moody Radio. The story follows Marlee and Jacob, a couple on their way to sign divorce papers. But when a snow storm spins their car across the ice, the collision that follows puts everything on hold. Since 1954, the Moody Bible Institute Music Department’s production of Candlelight Carols has ushered in the Christmas season for friends and families throughout the Chicagoland area and the world. Featuring well-loved drama enhanced by professionally produced multimedia and effects, Candlelight Carols continues to amaze audiences year after year.  The Music Department music ensembles, along with members of Moody’s Speech and Drama Corps create a compelling program sure to delight the whole family. Recorded at the historical Moody Church, the sounds of Candlelight Carols will inspire everyone to reflect upon the joys of the holidays through dramatic and musical expression.

Candlelight Carols: The Word Became Flesh was recorded before a live audience Dec. 7, 2019, at Moody Church and features music and drama from the Division of Music and Media Arts to paint a picture of the Christmas story and the life of our Savior. The Moody Chorale, Gospel Choir, Worship Collectives, and Campus Orchestra are featured, along with the jazz ensemble and guitar quartet. The drama, directed by communications professor Matthew Moore, centers around the Scriptures as student actors tell the story of Jesus.

The Hope Of Hanukkah

To understand the origin of Hanukkah is to understand there is hope in Jesus Christ. In Moody Radio’s The Hope of Hanukkah, listeners are guided on a step by step odyssey filled with musical arrangements and relevant interviews concerning the pivotal events leading to the creation of this celebration.

The Lesser Characters of Christmas

We know all about Mary, Joseph and the Baby Jesus. But what of the lesser characters of Christmas? There's Elizabeth, the mother of John, and Elizabeth's doubting husband, Zechariah.  And what about Anna, the prophetess, and Simeon—both of whom were supernaturally appointed to meet the infant King at the temple? These less well known names offer powerful life lessons. We'll meet them up close in “The Lesser Characters of Christmas,” a documentary with provocative drama vignettes and interviews from Israel.

With Herod as a narrator to Moody Radio’s original production, Trail of Two Kings, audiences are invited to share in the paths of two kings. Yet, in the end, one king will experience a rise of power on earth that is fleeting, while the other embodies the very essence of power and life in the Father.

Nativity: The Audio Dramatization of the Birth of Jesus Christ consists of three 54-minute programs.

Produced by David Warner and Ross Boothe in conjunction with the team at AudioStories.life, this collaborative effort with Moody Radio features a large cast of professional actors, sound environments and effects, and a cinematic score. It’s truly a “movie for your mind” that is appropriate for all ages.

A Stirring in Bethlehem

Special news reports are coming out of Bethlehem, where witnesses have  observed celestial disturbances and even claiming the Messiah has been born. The media is covering this breaking news story from every angle to make sure the public stays informed and can be ready to  respond to King Herod.

The Son of David (Christmas Special from Haven)

The Son of David (2021 Christmas Special from Haven)—looking at the Gospel of Luke as well as the prophets of old, Charles Morris will seek to answer the question, “Why is Jesus the Son of David?” The stunning answer shows us that Christmas isn’t just something that happened unexpectedly. It was planned by God, foretold in the Old Testament, and fulfilled by Jesus. 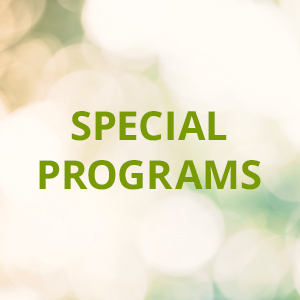