The Farmer and the Belle: Saving Santaland (filmed locally in N. GA)

Actors Jenn Gotzon and Jim E. Chandler shared their personal stories of the joy of filming this holiday movie on location in North Georgia near Camp New Dawn.

Synopsis: Sparks fly between a famous model and a farmer with a young daughter when she visits her childhood home. The town is in danger of losing their beloved Santaland festival, but miracles can happen with a little love, family, and faith.

This interview was featured live on November 24, 2020.

Have you ever met someone who possessed a quiet radiance so rich, so dynamic, that you ached for more, someone whose presence is so compelling you feel refreshed by a single conversation with them? Such people are simply and stunningly “vibrant.”

Carol McLeod believes everyone can choose to be Vibrant— and such a life begins by emulating Jesus. His life was filled with challenges and yet people were drawn to Him. Every character trait that we are called to embrace, every action of kindness or love, and each word of compassion or tenderness is a telling reflection of Christ within us. We are called to be a vibrant show-and-tell of what God is able to accomplish through one ordinary person.

In Vibrant: Developing a Deep and Abiding Joy for All Seasons, Carol explores what it means to follow Jesus in a world filled with disappointment, rejection, and discouragement. And she provides gentle encouragement and suggestions from Scripture to help us do just that. (Excerpt from carolmccleodministries.com.) Order your copy Here

From her first rejection to becoming an award-winning worship leader and singer, Babbie Mason spent an hour on Mornings with Tabi, sharing her song-writing strategies, her passion for teaching others, and her heart for worshipping the Lord. You'll enjoy this warm and laid-back conversation that takes us behind the scenes of this amazing woman's life.

The name Babbie Mason is synonymous with excellence in the Christian community. A two-time Dove Award winning singer-songwriter of Christian music and a best-selling author and speaker, Babbie’s ministry has blessed millions around the globe for more than three decades. Gracing the stage in numerous events and venues such as Billy Graham Crusades worldwide, Women of Faith Conferences, the Grammy Awards, Bill Gaither’s Homecoming, Dr. Charles Stanley’s In Touch, and Carnegie Hall, her gifts and talents are still making room for her. Babbie has shared the platform with American Presidents Carter, Ford and Bush, and many other dignitaries including Former First Lady Barbara Bush, Lady Margaret Thatcher, General Norman Scwartzkof and General Colin Powell.

A preacher’s daughter, Babbie was playing the piano for her father’s church full-time by age nine. Those early days have paved the way for her long-lasting career. She was inducted into The Christian Music Hall of Fame in 2010 for her contributions to the Gospel music industry. A host of other awards and commendations line her walls, including eleven Dove Award Nominations and nominations for the Grammy, The Emmy and The Stellar Awards. Babbie has garnered two ASCAP Awards and ten number one radio singles. Her compositions have been recorded by Cece Winans, Larnelle Harris, Ron Kenoly, Helen Baylor, Albertina Walker and The Brooklyn Tabernacle Choir. A sought after women’s conference speaker, Babbie brings the messages of her numerous books and Bible studies to center stage, teaching women and Christian creatives that they matter to God and that He can use their gifts and talents regardless of their age or the adversities they may face.

Babbie is an adjunct professor of Songwriting and Entrepreneurship in Music Business at Lee University in Tennessee and was tapped to teach at her alma mater, Spring Arbor University in Michigan. Babbie serves on the Advisory Council for the School of Music at Liberty University and received an honorary doctorate in 2019 from El Bon College of Ministry in Apple Valley, California.

In addition to Babbie’s eighth book, Fully Qualified: Maximizing Your God-Given Potential, her ventures include www.babbiemasonradio.com, an online radio station that features the music of independent artists and inspirational interviews with indie artists and self-published authors. Babbie is currently completing a songwriting textbook, Songwriting Made Easier, that she will use in her university songwriting courses, online webinars and individual coaching.

The parents of two adult sons, Babbie and Charles Mason live on a farm in Georgia and enjoy fishing, eating fresh from the garden, starry nights and sunsets.

The Pioneer’s Way is a rousing call to those who want to be the solution to the problems in their own communities and beyond.

Senseless school shootings, cure-defying epidemics, threats of environmental disaster: these are the kinds of headlines that riddle the news every day. We wonder, when will it stop? Passionate men and women are needed to step into the gap and serve as change agents even though many assume that there are few areas left in which to innovate.

The Pioneer’s Way establishes a working definition of the pioneer, explores pioneering versus leadership, and offers essential characteristics of the pioneer. These are illustrated by colorful examples of pioneers both past and present—motivating readers with inspirational, frontiering stories, while equipping them with the journey’s essentials for moving forward to make needed, significant change.

Adopting is an Act of Love, with Dr. Sharen Ford

Warm, thoughtful, and full of practical advice, Dr. Sharen Ford encourages the church to engage with children in foster care this season. November is National Adoption Awareness Month, and when we think of spending the holidays with our own families, we should take the time to pray for those who are without their forever families, then pause and ask God, "What would you have my family to do?"

Sharen Ford is a nationally-recognized child welfare consultant and the retired Manager for Permanency Services for the Colorado Department of Human Services in the Division of Child Welfare Services. She retired with 30 years of comprehensive work history with the department. She oversaw six programmatic areas including the Foster Care and Adoption Program and supervised a team of professional staff. Dr. Ford is the former President of the National Association of State Adoption Programs (NASAP) and the Association of Administrators for the Interstate Compact on Adoption Medical Assistance (AAICAMA). She currently serves as the Director for Foster Care and Adoption at Focus on the Family and is as committed as ever to raising awareness regarding the need for every child to have a quality family.

How Not to Gain Weight Over the Holidays with Maurice Saliba

We've all been there...trapped in "visions of sugar plums dancing in our heads" and dreams of cookies while asleep on our beds...The holidays are upon us, and in this segment, Maurice Saliba, CEO of Bridge 2 Health and Wellness provides 7 tips on how to avoid the typical American 8 to 12 lb increase between Halloween and New Year's Day. Find out more at bridge2healthandwellness.com. To sign up for a special 4 week holiday class, email Maurice directly at maurice316@gmail.com.

Hear reviews for Midnight at the Magnolia, a family friendly Christmas story, and The Secret: Dare to Dream, a story that appears to be about positive thinking, but with deeper discernment, has some spiritual misguidance.

After serving as an associate editor at NavPress’ Discipleship Journal and consulting editor for Current Thoughts and Trends, Adam now oversees the editing and publishing of Plugged In’s reviews as the site’s director. He and his wife, Jennifer, have three children. In their free time, the Holzes enjoy playing games, a variety of musical instruments, swimming and … watching movies

The Elections are Over, Now What ? Dr. Mark Jobe, MBI President

It's the day after the elections and we are still uncertain about who will be the next President of the United States. Despite this, there is much for the people of God to do. Dr. Jobe gives sound wisdom to help us prepare for the days ahead.

Dr. Mark Jobe serves as Moody Bible Institute’s 10th president, taking office on Jan. 2, 2019. He and his wife, Dee, have been married 32 years and have three adult children, Marissa, Josiah, and Grant. The Jobes currently reside in Chicagoland area where they are active members of New Life Community Church, a nondenominational multisite church where Dr. Jobe has served as senior pastor since 1986. Dr. Jobe and his son Josiah are both graduates of Moody Bible Institute. Dee also received training at Moody.

The son of missionaries, Dr. Jobe grew up in a small rural village in Spain. He came to Christ at age 15, and shortly thereafter a family friend began to send cassette tapes to Mark’s father in Spain of recorded preachers at Moody Bible Institute’s Founder’s Week. “The messages were so powerful, so biblically based, so compelling,” Dr. Jobe recalls. “I had never heard of Moody, but I told my parents, ‘I want to go learn the Bible at that place.’”

At age 17, he left his village of 200 people to attend Moody Bible Institute in the big city of Chicago. After experiencing culture shock, he considered leaving after graduating but was challenged by a pastor who said, “The nations have come to the city. If we reach the city, we are reaching the nations.” That statement stuck with him.

As a student living on campus, he built a solid foundation in Bible and theology balanced with practical ministry experience. “That’s why I think Moody has produced so many missionaries and pastors,” Dr. Jobe says. “Moody Bible Institute is filled with people who want to make a difference for Christ and who keep evangelism at the forefront.”

If you're like most people, you hate arguing politics, especially with those you love. Greg Smalley had to remind one family member that no matter who he chose to vote for, above all, he chose his loved ones first. No policy, opinion, or political party could trump that love. If we all could take a deep breath and remember that its about people--above persuasions and perspectives--- we would do ourselves and our relationships a huge favor. Listen to this refreshing conversation with Greg Smalley, just in time for the elections.

Dr. Greg Smalley serves as the vice president of Marriage at Focus on the Family. In this role, he develops and oversees initiatives that prepare individuals for marriage, strengthen and nurture existing marriages and help couples in marital crises. Prior to joining Focus, Smalley worked for the Center for Relationship Enrichment at John Brown University and as president of the National Institute of Marriage. He is the author of 12 books including Crazy Little Thing Called Marriage and Fight Your Way to a Better Marriage, and he is the co-author of The DNA of Relationships for Couples. 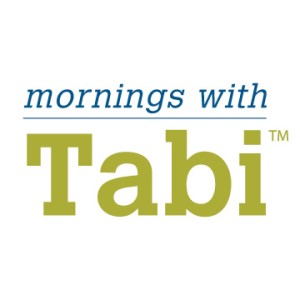