God Is Moving in the Middle East

Pastor Aaron who has discipled over 3000 believers/church planters in the Middle East joins the conversation.  Aaron, (not his real name for security reasons,) shares his story of growing up Muslim, how Jesus revealed himself to Aaron in a mosque and how that was the bridge to him following Jesus.  Then Aaron talks about how God have him a vision for becoming a discipler of believers in the Middle East and how the Lord is exponentially growing his Kingdom through discipleship.  Then Aaron shares how the Lord is working through dreams and visions to draw Muslims to himself.  Then Aaron challenges us to count the cost before going to a difficult to reach place like the Middle East—but also to be willing to say “Here I am, send me.”  Then we wrap up with a prayer for the Muslim world and for the Church to awaken to Jesus’ call to reach Muslims.

Perry LaHaie is a radio host, singer, and songwriter with a passion to see the Great Commission completed in our generation. He was born and raised in northern Michigan, earned a degree in communications, and later a graduate degree in cross-cultural communications. Music and ministry have taken him all over the world. He served at Family Life Radio before serving with Frontiers, a worldwide ministry to Muslims. Perry and his wife, Teresa, have two children, Kali and Taylor.

Shawna Beyer has been a business owner, homeschool mom, church planter, project lead for a management consulting company, and church staff member. Born and raised in Southern California, she has been married for 25 years and is the mom of four. Shawna loves to help others discover a personal relationship with God that shapes how they think, feel, and live for Jesus daily. She loves being surrounded by her family and a good cup of coffee. 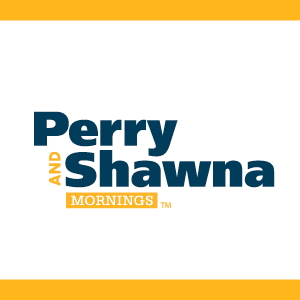 Perry and Shawna Mornings brings you the usual morning show lineup with great music, weather, traffic, news, and sports—and then takes you deeper. Join Perry LaHaie and Shawna Beyer for music, interviews, and listener conversations that remind you of the Gospel and help you become a blessing to our neighbors and to the nations.