On November 3, 2020, Tim and Aileen Challies received the shocking news that their son Nick had died. A twenty-year-old student at The Southern Baptist Theological Seminary in Louisville, Kentucky, he had been participating in a school activity with his fiancée, sister, and friends, when he fell unconscious and collapsed to the ground.

Neither students nor a passing doctor nor paramedics were able to revive him. His parents received the news at their home in Toronto and immediately departed for Louisville to be together as a family. While on the plane, Tim, an author and blogger, began to process his loss through writing Seasons of Sorrow. Tim joined the conversation and shared real-time reflections from the first year of grief—through the seasons from fall to summer—introducing our listeners to what he describes as the “ministry of sorrow.” 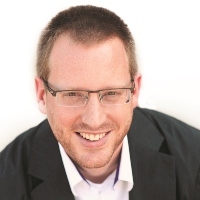 Tim Challies is a Christian, a husband to Aileen, and a father to two girls in their teens, and one son who is waiting for him in heaven. He worships and serves as an elder at Grace Fellowship Church in Toronto, Canada. He is a writer, blogger, and book reviewer and has authored a number of popular books. He is co-founder of Cruciform Press and has written a number of books including Do More Better, Visual Theology, and Epic: An Around-the-World Journey through Christian History.

Join Kurt Goff and Kate Bruington for encouraging conversation, music, the latest news, weather, and the opportunity to join the conversation weekdays from 6–9 a.m. ET on Moody Radio Florida.