Many of us have remained silent far too long. Poor decisions are made every day because good people with honest intentions find it hard to take action and make a stand. Instead, they suffer under intense internal pressure not to speak up. Others have stepped out and tried candor only to be punished for it.

In a society where sensitivities take precedence over honesty, it can often feel impossible to openly speak your mind. From managing conflict resolution in the workplace to navigating differences at home, many issues remain unaddressed and unresolved when you cannot speak clearly, candidly, and truthfully for fear of negative consequences.

Command Chaplain Charles Causey helps us discover how speaking with sensitive and effective candor can reshape your relationships and enable you to live a life of honesty and freedom.

Resource from Moody Publishers: Candor: The Secret to Succeeding at Tough Conversations 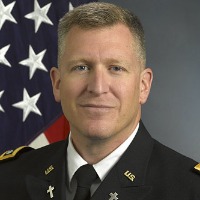 Charles Causey is a recipient of the Bronze Star for his military service in Iraq. He is the author of several books including Words and Deeds and Unbreakable: Forging a Marriage of Contentment and Delight. Married with four children, Charles graduated from the University of Colorado and holds several advanced degrees. He formerly served at the Pentagon as a senior army chaplain for the chief of chaplains in Washington, D.C., and is currently serving as a command chaplain in Honolulu, Hawaii.