Dawkins and Down's – Thursdays with Stan

"How do you think it's immoral to bring a child with Down Syndrome into the world?"

Stan Guthrie joins us with a closer look at a conversation between Irish radio host Brendan O'Connor and UK biologist and writer Richard Dawkins who believes children with Down Syndrome can potentially increase the amount of suffering in the world.

"The assumption that all human life is of equal value is, as Richard Dawkins intimates, a theological one. As Nietzsche long ago recognised, "when one gives up the Christian faith, one pulls the right to Christian morality out from under one's feet." – Tom Holland 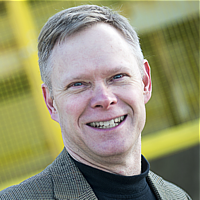