The struggle between Israelis and Palestinians is an enduring conflict. As the fighting entered its second week, it’s been defined by civilian casualties, undiminished rocket fire, airstrikes, and by historical tensions erupting into unrest. The existence of Israel as a sovereign Jewish state has become a polarizing issue in both the mainstream and Christian communities, and there are many questions to be answered:

There's a powerful new documentary that’s just been released. It’s called Hope in the Holy Land. Justin Kron—the founder of the Kesher Forum—is the producer of the film, and he joins us to tackle some of these questions. 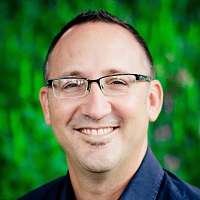 Justin Kron is the National Ministries Representative and eXperience Israel Program Director for Chosen People Ministries. He is a frequent speaker at churches and campus ministry gatherings and leads the Kesher Forum, an inter-denominational monthly gathering for those who are interested in learning more about Jewish culture and building bridges with their Jewish friends and neighbors. He is also the founding director of eXperience Israel, a short-term ministry and spiritual pilgrimage program for young adults, and has led over 20 tours to the Holy Land for groups of all ages.