Each Monday at 7 am ET we invite a professor from Moody Bible Institute to answer our questions about the Bible. Today it's Dr. Jim Coakley. Got a question? Join the conversation: 888-777-6810.

Dr. Dan DeWitt, Director of the Center for Biblical Apologetics and Public Christianity at Cedarville University helps us take a closer look at the recent Gallup poll finding church membership on the decline in the U.S. and how there was actually good news in some of the findings.

Plus, some fun as Engineer Josh joins us for jokes on Just Joshin'! 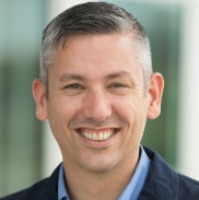 Dan DeWitt is the founding Director of the Center for Biblical Apologetics and Public Christianity and Associate Professor of Applied Theology and Apologetics at Cedarville University. He received his Ph.D. and M.Div. from the The Southern Baptist Theological Seminary. He and his wife, April, live in Cedarville, Ohio, with their four children Isaiah, Micah, Josiah, and Addilynn.

Josh accepted the call to serve the Lord as Moody Radio Florida's Chief Engineer in July, 2019. Josh enjoys helping others, solving problems, and serving the Lord in his local church. Josh's goal is to grow where God has planted him and to be a blessing to those around him.