Does Your Major Matter?

One study says only 27% of college graduates are working in a job that even relates to their major. Has God ever led you to make a major career change? What did that look like?

This morning we also hear from Robert Dickie, author of Love Your Work: 4 Practical Ways You Can Pivot to Your Best Career. 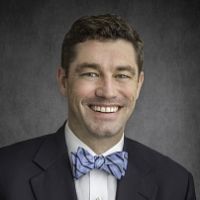 Robert Dickie III is co-owner and CEO of Bonvera. He was previously the president of Crown Financial Ministries. He has served as a decorated Air Force Oﬃcer, the CEO of an international company, and as the leader of several nonproﬁts. He is a graduate of the University of Tennessee. Bob earned his Master's Degree from the University of Arkansas in Industrial Engineering. He's also the author of The Leap: Launching Your Full-Time Career in Our Part-Time Economy.