Where Is God Asking You To Take Him At His Word?

The great friend of the Christian is the joy of belief and the joy of obedience.

This morning we also hear from Crickett Keeth, author of On Bended Knee: Praying Like Prophets, Warriors, and Kings. 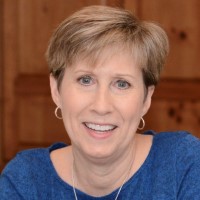 Crickett Keeth is the Women's Ministry Director at First Evangelical Church in Memphis, Tennessee, where she writes and teaches the women's Bible studies. She is the author of several published Bible studies, including The Gift of Rest and Sumatra with the Seven Churches (co-authored with Sandra Glahn). Crickett was on staff with Cru for ten years and is a graduate of Dallas Theological Seminary.