"If you look at what's going on in some of the most impoverished parts of our country – there's gun violence, there's crime, there’s poverty – but what's at the root of that is fatherlessness" - Jeremy Wiles

Tiana Wiles, founder (along with her husband Jeremy) of Burly Man Coffee, tells us about their efforts to help single moms. 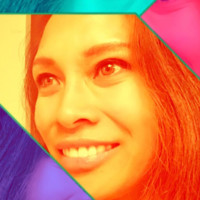 Tiana was born in the Philippines, raised in Denmark and studied Journalism in the U.K. She worked as a TV producer for a Christian television network in Copenhagen and did her internship with BBC News and Current Affairs in Manchester, England. She started a production company in Copenhagen before moving to Florida. She met Jeremy in the jungle of the Philippines while working on a documentary. She moved from Denmark to the U.S. and they got married in 2010.