There are those who do it unintentionally. For instance, sometimes, as we try to interpret the Bible, we simply make an honest mistake and get it wrong. Not all misunderstandings of Scripture necessarily come from Satan. And then there are those who do it on purpose. Since the Bible occupies such a place of honor and influence in our world, people often want to use it to justify their own thoughts or to gain power over other people. And so, they come to the Bible with a particular agenda, then distort the teaching of Scripture to match their agenda. Thus, these distortions are much more intentional than mere mistakes or errors. Also.. the Bible is actually Satan’s favorite book—not because he agrees with its teachings, but because he can do so much damage by distorting it.

Knowing the Word of God and handling it properly is vital for the follower of Jesus. As Pastor Tim Erickson writes: “Twisted Scriptures are so dangerous because they’re like a Trojan Horse that Satan uses to smuggle lies into our minds. Since we think these lies are actually truths from the Bible, we welcome them into our minds. And once we have, they can begin to destroy us.”

Do you have an example out of your own life where “twisted Scripture” came into play?

This morning we also hear from Pastor Alan Winfield, plus Dr. James Coakley, Professor of Bible at Moody Bible Institute. 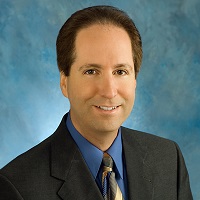 Alan received his bachelor's degree in meteorology from Penn State University and his master’s degree from the University of Oklahoma, earning him the American Meteorological Seal. He started his TV career at the NBC affiliate in Tulsa, then went on to WTVR-TV in Richmond, Va.; KSTW in Seattle, Wash., and Bay News 9 in Tampa, Fla. He joined Moody Radio in April 2002. Alan also has a master of divinity degree from Trinity Theological Seminary. He serves as associate pastor at North Dunedin Baptist Church, and is author of Lord Of The Skies.

Dr. Jim Coakley has taught at Moody Bible Institute, specializing in Old Testament and Biblical Languages, since 1999. Prior to Moody he was involved in pastoral ministry for thirteen years. He has traveled to Israel multiple times as a tour leader and has also toured throughout Turkey. He was a contributor to The Moody Bible Commentary and is part of Moody Radio's The Land and the Book program (Saturdays at 9 am ET).