Hour 1: Not a Tame Lion: A Conversation with Terry Glaspey

C.S. Lewis has written over 30 books and is considered one of the most brilliant minds of the twentieth century, but how much do you know of Lewis' life and work? Author Terry Glaspey's life was forever changed because of Lewis' writings and now he aims to inspire a whole new generation to dig into his writings. If you're looking for a winter read, Not a Tame Lion, the Life Teachings, and Legacy of C.S. Lewis may be the introduction to Lewis that will have you jumping into his classics.

What are the topics and messages that area Pastors are sharing with their congregations in our community? Every week we have the privilege of sitting under the teaching of an area Pastor or ministry leader on Ken and Deb in the Morning! This week Pastor Doug Rowland from Rock Island Bible Church will be here with his timely message and encouragement for early 2023! 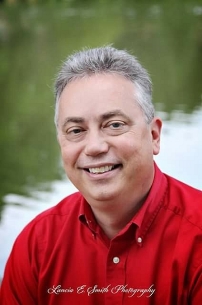 Terry Glaspey is an author, creative mentor, and teaches at Northwind Seminary. He holds a D.Min. in spiritual formation and an M.A. in history. He has written over a dozen books including Discovering God Through the Arts (winner of a Christianity Today Book Award and a Gospel Coalition Book Award), 75 Masterpieces Every Christian Should Know(winner of a Christianity Today Award), The Prayers of Jane Austen, 25 Keys to Life-Changing Prayer and Bible Basics for Everyone. Terry has been a featured speaker at colleges, conferences, and churches throughout the United States as well as Canada, Taiwan, and the UK.