How do young people get trapped into sex trafficking? What are some of the modern trafficking techniques? Is there a way to protect teens from becoming sexual trafficked victims?  Angie: Lost Girls is a story about a teenage girl who escaped from a sex trafficking ring and struggles to reconnect with herself and her family.  Julia Verdin shares details on where you can see this film that offers us a chance to see beyond the curtain of this reality, in hopes of protecting and rescuing lives.

Do you ever stay up late to watch the next episode of a series because of a cliffhanger? We all long for a clear resolution, but sometimes we are left not knowing "the rest of the story." Dr. Jim Coakley points to some cliffhangers in scripture and what we learn when we are left in suspense with stories that don't end in a neat and tidy way. You're invited to join the Bible study adventure and we'll try not to leave you hanging!

Where can you find help and healing for the hurt of separation and divorce? DivorceCare is starting this weekend at Edgewood Baptist Church and we hear about this support group as we welcome Todd Stanger to the show. Listen to hear more about this safe place to find support along with helpful counsel to manage the emotional toil and practical tools for decision making during this loss. 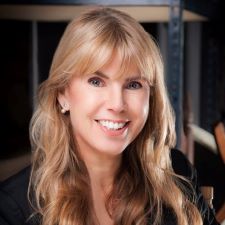 Julia Verdin is the writer, director, and producer of Lost Girls: Angie's Story. She has been in the film business for 30 years, with over 36 critically acclaimed feature films produced to date. Julia founded and has been running Rough Diamond Productions since 1995.