Where in the Bible do we see the biblical authors place characters side by side in the text for the purpose of observing their differences? Dr. Jim Coakley invites us back to the Bible Study Tools radio classroom to talk about polar opposites. Dr. Coakley walks us through some of the insights gained by recognizing how these pairings reveal that it's often the underdog or outsider that is the role model rather than the one most people would expect.

What will be the economic impact of forgiving student debt? How will this loan forgiveness impact inflation? Economics Professor at Cedarville University Dr. Jeff Haymond leads us in a closer look at the new plan for student loan forgiveness and offers his economics and Christian perspective in this timely conversation. If you're seeking to process the decision and the implications, don't miss this discussion with the news in one hand and the Bible in the other on Ken and Deb in the Morning. 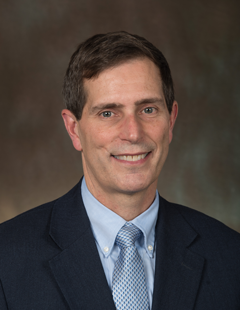 Dr. Jeff Haymond joined Cedarville University as a Professor of Economics in 2010 after a 29-year career in the United States Air Force. While in the Air Force, Colonel Haymond had assignments in engineering, satellite control, and launch operations. He also taught at the United States Air Force Academy and was an Air Force Fellow at The Brookings Institution. His research has been published in the Quarterly Journal of Austrian Economics, Public Choice, the Journal of Public Choice and Public Finance, and Strategic Studies Quarterly. His current research interests include economics and religion, as well as monetary theory.