Join Ken and Deb in this bimonthly update with Todd Nettleton from Voice of the Martyrs. In this conversation, Todd updates us on what is happening in Afghanistan one year after the Taliban took over and we'll hear about an incredible display of God's power in the life of a former witch doctor.  Listen in to hear how we can be praying for our brothers and sisters who are suffering and be encouraged by how God is working in this latest update!

Hour 2: How to Deal with How you Feel: A Conversation with Dr. James Merritt

Are your emotions ruling you or are you ruling your emotions? Was Jesus an emotional person? How does the Bible speak to emotional health? Dr. James Merritt shares God’s blueprint for dealing with negative emotions and why it's important to not let your emotions lead. You’ll be encouraged by this ancient wisdom while living at a time Dr. Merritt says is an “emotions epidemic.” 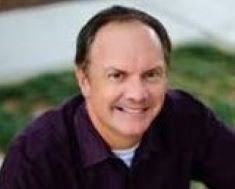 James Merritt (PhD) is a pastor, author, and host of the Touching Lives television program, seen nationwide and in 122 countries. Previously, he served as a two-term president of America’s largest Christian denomination. As a national voice on faith and leadership, Merritt has been interviewed by outlets including Time, Fox News, MSNBC, and 60 Minutes. Find 52 Weeks with Jesus Here.