Hour 1: Your Calling Here and Now: A Conversation with Gordon T. Smith

If you are living in the land of "if only", you'll be encouraged by this conversation on finding your calling here and now with Gordon Smith. Gordon challenges us to accept our current reality and embrace what we are called to do today with hope, grace, and courage. Whatever the season, God has an assignment for us and it begins with us choosing to act and move forward today.

You're invited to a Moody Radio Quad Cities family meeting! Station Manager Jason Crosby shares a ministry update with both praises and prayer requests for Moody Radio Quad Cities as we enter this new fiscal year. Be listening to hear about some personnel changes and current openings, along with important concerns regarding our FM tower. You'll also hear about some upcoming events you'll want to get on your calendar! 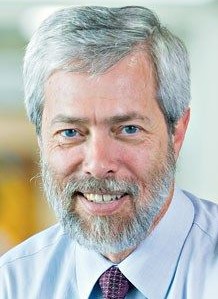 Gordon T. Smith (PhD, Loyola School of Theology, Ateneo de Manila University) is the president of Ambrose University and Seminary in Calgary, Alberta, where he also serves as a professor of systematic and spiritual theology. He is an ordained minister with the Christian and Missionary Alliance and a teaching fellow at Regent College, Vancouver, British Columbia. He is the author of many books, including Institutional Intelligence, Courage and Calling, Called to Be Saints, and Evangelical, Sacramental, and Pentecostal. 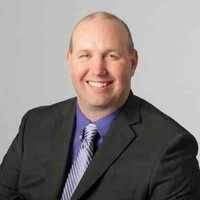 Jason Crosby is a regional manager for Moody Radio. Jason oversees Moody's owned and operated stations in Boynton Beach, Florida (WRMB); Nashville, Tennessee (WFCM); Chattanooga, Tennessee (WMBW); and East Moline, Illinois and the Quad Cities (WDLM). Jason is a 2001 graduate of the University of Northwestern-St. Paul, where he earned degrees in Broadcasting and Bible. He also earned a Master of Divinity in Expository Preaching from Southeastern Baptist Theological Seminary in Wake Forest, North Carolina in 2012. Claiming both the Twin Cities and the Quad Cities as “home,” Jason and Suzy have been married since 2007 and have three children. Jason is licensed and ordained by his church and regularly guest preaches at churches in and around the Quad Cities.