Every other week on Ken and Deb we welcome Todd Nettleton from Voice of the Martyrs who has an update for us from the persecuted church. Todd shares the latest news from brothers and sisters in Christ who are standing strong for Jesus despite real and growing persecution. Be listening to discover how best to be praying for our family of faith and be inspired and encouraged by their bold and passionate faith.

Hour 2: A Legacy in Music: A Conversation with Bill Gaither

What do Michael W. Smith, Amy Grant, and Sandy Patty have in common? They all began their careers touring with Bill Gaither. Bill and Gloria Gaither have impacted and influenced gospel music by writing over 700 songs and sharing the gospel message through songs all over the world. This morning Ken and Deb visit with Bill Gaither and hear some fun “on the road” stories as well as revisit powerful lyrics that the world so desperately needs to hear today. 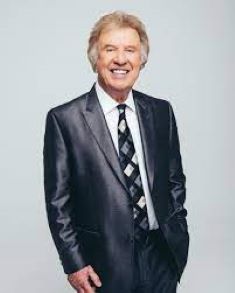 Bill and Gloria Gaither have written more than 700 popular gospel songs, including the hymnal standards “Because He Lives” and “He Touched Me.” They have collectively garnered eight GRAMMY® Awards and more than a dozen nominations; and they have received over 40 Gospel Music Association (GMA) DOVE Awards, earning the title “Songwriter of the Year” eight times. Bill and Gloria Gaither are members of the Gospel Music Hall of Fame as well as the Southern Gospel Music Hall of Fame.