Hour 1: Abortion and the Supreme Court: A Conversation with Brad Mattes

The recent leak of a draft opinion from a pending case before the Supreme Court could be a signal that abortion as the law of the land could be ending. What does the opinion reveal about how the Court and how can the pro-life community be poised to respond?  Brad Mattes, president of Life Issues Institute, will be with us to talk about the possible outcomes and how we can be praying and preparing for what’s ahead in the protection of life at all stages and ages.

Hour 2: Update on the Persecuted Church: A Conversation with Todd Nettleton

What is happening to believers who have remained in Afghanistan? Is ministry continuing among the Afghan people? Todd Nettleton from Voice of the Martyrs has been working on a special report regarding Afghan Christians and will share some of what he has discovered. Todd will also tell us a story from China that demonstrates the tenacity and love of God’s people despite every effort to shut down church activities. Listen for ways to pray and come alongside our brothers and sisters in hostile environments during our regular visit with Todd Nettleton on Wednesday’s show. 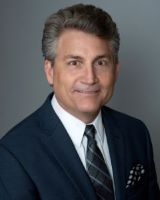 Bradley Mattes (MAT-tis) is president of Life Issues Institute, a grassroots organization dedicated to pro-life education. Brad was a former host and executive producer of Facing Life Head-On, a weekly pro-life TV program that was available to more than 100 million homes in the US and Canada. Brad also hosts Life Issues, a daily radio commentary on abortion and other life issues. Carried on over 1,300 radio outlets across the US, the program was recognized by National Religious Broadcasters with the 2016 Radio Impact Award.