Hour 1: Is Suffering a Gift: A Conversation with Kendal Haug

Do you run or lean into suffering in your life? What is the result of suffering well and can it be a gift? Pastor and author Kendal Haug shares how this season of Lent is a time to reflect on the suffering of Jesus and reorient our perspective. As we observe this Good Friday, this conversation points us to the one whose suffering accomplished good for us all and ushered in the glorious hope the Resurrection Sunday brings!

Hour 2: Christ and the Passover: A Conversation with Dr. Michael Rydlenik

How does the Passover point to Messiah Jesus? Jews and Christians will be gathering to begin Passover and commemorate the sacrificial death of Messiah Jesus on the same weekend this year. Dr. Michael Rydelnik walks us through some of the elements of the Seder, pointing out how the symbolism is fulfilled in Jesus. Don't miss this opportunity to deepen our understanding of how Jesus's death and resurrection were foretold and foreshadowed from the very beginning. 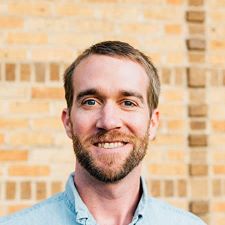 Kendal Haug, MA (Dallas Theological Seminary), is one of the founding pastors of Providence Church in Austin, TX. He leads the church in liturgical formation and direction, and he oversees the community of musicians that make up Providence Music.