January 27 has been set aside as the day to remember the more than 6 million Jews lost during World War II. Though Allied forces put an end to these brutal killings, anti-Semitism remains and is growing. Whether it is the recent Beth Israel hostage crisis or the shootings at Tree of Life or Poway Synagogue, the Jewish people continue to be a target of hate and violence. Ken and Deb visit with Scott Phillips, who seeks to educate hundreds of college students by hosting trips to Israel every year, helping them learn more about the Jewish people and culture. Scott speaks to the importance of Holocaust Remembrance Day and how we can become advocates for the Jewish community and bring an end to anti-Semitism.

Hour 2: The Coming Tsunami: A Conversation with Jim Denison

What is behind the labeling of Christians as intolerant, irrelevant, oppressive, and dangerous? As we face a cultural tsunami, is there redemptive work that we can do in the middle of the storm? Cultural scholar, pastor, and author Jim Denison addresses the state of current culture, how we got here, and how we prepare ourselves and families for the tidal waves ahead in a conversation with Ken and Deb in the Morning. 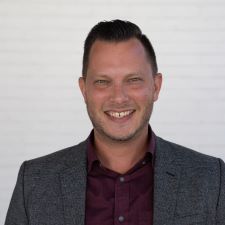 Scott Phillips serves as the Executive Director of Passages. Prior to joining Passages in 2015, Scott was the Midwest Outreach Director for AIPAC (American Israel Public Affairs Committee). During his tenure with AIPAC, Scott organized both grassroots and grasstops coalitions in the Christian leadership community and spoke regularly on topics related to the US-Israel relationship. Scott lived for three years in Israel with his wife Ashley, serving as the Christian travel brand manager for Da’at Educational Expeditions. Prior to living in Israel, he served as a staff pastor in a local church in the Dallas area. Scott is passionate about connecting next-generation Christian leaders with the deep biblical roots of their faith and introducing them to the people and places of Israel. Scott received his Diploma in Practical Theology and Youth Ministry from Christ for the Nations Institute, his B.A. in Christian Ministry and Business Administration from Dallas Baptist University, and is now working to complete his MBA from the University of Illinois. Scott and Ashley have two daughters and currently reside in the Dallas, TX area. Dr. Jim Denison is an author, speaker, and CEO of Denison Ministries, which is transforming millions of lives through meaningful digital content. Through The Daily Article, a free email newsletter and podcast, he guides subscribers to discern today’s news biblically. Dr. Denison speaks into significant cultural issues at DenisonForum.org and DrJimDenison.com, and on radio, TV, Social Media, and at seminars and churches. He is the author of multiple books and has taught on the philosophy of religion and apologetics.