Hour 1: Prayers of Rest: A Conversation with Asherita Ciuciu

Your calendar may not be full of places to go and people to see, but that doesn’t necessarily mean that we are spending more time in prayer as there are plenty of distractions right at home.   How do we quiet our heart and mind and find rest in God’s loving presence? Author Asheritah Ciuciu joins Ken and Deb for a conversation on guided prayer including helps on how to hear God’s voice. Take a respite from your spiritual to-do list and learn a simple acronym that will lead us into REST.

Grab your Bible and turn to Paul’s prayer in Ephesians I for a best-of Founder’s Week message on A Prayer of Paul by Stuart Briscoe. All this week we are highlighting prayer in the life of a believer and Stuart expounds on the Apostle Paul’s prayer as a guide for how to pray in this message that was originally given at the Moody Bible Institute in 2004. To hear this timeless teaching from Stuart Briscoe click this link. 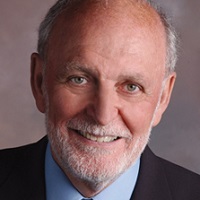 Stuart Briscoe was born in the north of England in 1930. After leaving school he embarked on a banking career, served in the Royal Marines during the Korean War and at 17 years of age preached his first sermon. Since that time he has ministered on every continent, written more than 40 books, pastored a church for 30 years and founded a media ministry called Telling the Truth which now broadcasts daily worldwide. He has been married to Jill for more than 55 years and has three children and thirteen grandchildren.