How does knowing the Greek and Hebrew uncover an additional understanding of certain Biblical accounts? Dr. Jim Coakley freshens up our Bible Study with a look at puns, rhymes, or other homophones to teach us the role of wordplay in the original languages and how it enhances our study of the text. Don’t miss this chance to be amazed at the language of scripture and how it tells the story on many levels in the radio classroom with Dr. Jim Coakley!

Hour 2: Simply Christmas: Celebrating 30 Years of “Mary, Did You Know?” A Conversation with Mark Lowry

The powerful Christmas anthem “Mary, Did you Know?” is 30 years old and songwriter Mark Lowry joins Ken and Deb to reminisce and invite you to celebrate with a special online concert! If you have been impacted by the incredible words and music of this song, you’ll want to hear how the lyrics took shape and how this song continues to touch hearts and lives each and every Christmas.

Dr. Jim Coakley has taught at Moody Bible Institute, specializing in Old Testament and Biblical Languages, since 1999. Prior to Moody he was involved in pastoral ministry for thirteen years. He has traveled to Israel multiple times as a tour leader and has also toured throughout Turkey. He was a contributor to The Moody Bible Commentary. 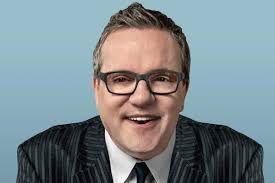 Mark Lowry is a singer, storyteller, humorist, author, and songwriter, whose lyric to "Mary Did You Know?" resulted in one of the most loved modern Christmas songs of this century. This captivating song, which he co-wrote with Buddy Greene, has been recorded more than 400 times by artists from every genre including: Reba McEntire, Cee Lo Green, Clay Aiken, Michael English, Kenny Rogers, Wynonna Judd, The Gaither Vocal Band, and a long list of others.