You’ve seen this guest on the big screen in Courageous and War Room, and now you’ll hear how God has directed his story from the housing projects in Cleveland to professional football and then to film and television. T.C. Stallings visits with Ken and Deb to recount the many ways that God has shown His grace in the story of his life. T.C. now shares how he has discovered that despite the trials and uncertainty we encounter in life, we can find peace and confidence if we focus on God, His Word, and prayerfully pursue the plans He has for our lives.

As of this year, Friendly House has been serving neighborhoods in Davenport for 125 years! Ken and Deb visit with the Resource Development Manager of Friendly House, Steve Gottcent. He shares about the various ways Friendly House responds to the needs of children and families today and how you can join them! Don’t miss this conversation on the history, legacy, and ongoing work of Friendly House! 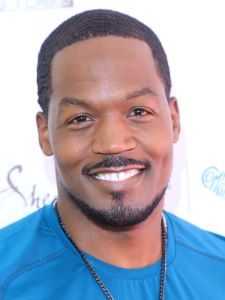 T.C. Stallings was born in 1977 and is a former professional athlete now finding success in film and television. T.C.'s desires shifted from football to acting in 2004, when he landed a spot on Animal Planet's King of the Jungle, a reality television show where he emerged as the season 2 champion. In 2011, T.C. made his feature film debut in the movie Courageous, in which he portrayed the memorable character “TJ.” In 2015, he starred as “Tony Jordan” in the number-one box-office film War Room. He would later land a nomination for Best Actor for his leading role in God's Compass, followed by a Best Actor win for his supporting role in Unbridled. In 2019, his production company, Team TC Productions & Purpose Studios, released the documentary 24 Counter: The Story Behind the Run, which he wrote, directed, and self-produced. T.C. regularly travels the country as a speaker and has been licensed in ministry since 2003. T.C. is married to the beautiful Levette Stallings and has two children.