Have you ever seriously questioned Christianity? Authors Dan Paterson and Rian Roux have spent years exploring issues of faith with those who question Christianity and those who are faith seekers. Together they have assembled a guide to help answer some of those difficult questions. Ken and Deb talk with Rian Roux, addressing some of the obstacles to belief and how to begin the process of learning how to give an answer to the skeptic and the seeker.

In the land of the free and the home of the brave, can the government force an individual to endorse an ideology that conflicts with his or her beliefs?

Is it within our rights as citizens to express our opinions in a public forum?

Do business owners have the freedom to live out their beliefs without facing government hostility or punishment? 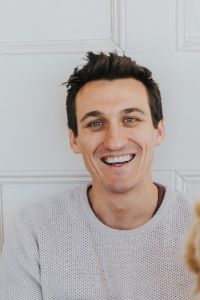 Originally from South Africa, RIAN ROUX spent his adolescence in a small fishing and farming community in the far north of Australia. Intrigued by the stories that shape our lives, he travelled widely and pursued studies in Applied Science, Education, and Theology. After a year at Oxford University, he commenced a PhD in Australia with a focus on transformative learning and student leadership development in higher education. Rian has experience in pastoral ministry, teaching, and business and currently lives and works in Toowoomba with his wife, Sally, and their three children.