Hour 1: Ending the Cycle of Father Wounds: A Conversation with Bob Reccord

One in four children in America grows up without a biological, step, or adoptive father in the home. This absence can leave children with a gaping hole that can have ongoing challenges. Father’s Day can also bring up painful memories for those that have had dads that were emotionally absent or hurtful. These father wounds can be carried into future relationships, including how we parent. Bob Reccord has had to work through father wounds in his life and he shares hope on ending this painful cycle.

What makes for a good leader in the home?  NBA’S Orlando Magic co-founder and Hall of Famer Pat Williams travels back to the Revolutionary War to share remarkable stories of great leaders and how their example can translate to every setting in today’s world, including being a great father. Listen in to hear some of the principles that will help you become a revolutionary leader! Bob Reccord is the founder of  Total Life Impact Ministries, Inc. and serves as Founder/Chairman. Bob’s previous roles include nine years as the founding president of the Southern Baptist Convention’s (SBC) North American Mission Board, overseeing 5000+ missionaries, one of the top three disaster relief entities in the country and a radio/TV network. Bob has authored nine books. He is an avid hunter, outdoorsman, and is one of Christian Sportsman’s Fellowship’s Master Sportsmen. 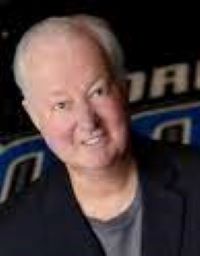 Pat Williams is a basketball Hall-of-Famer, co-founder of the NBA’s Orlando Magic, and former general manager of the Philadelphia 76ers. He is one of America's top motivational and inspirational speakers. He has written over 100 books, his most recent title, "Revolutionary Leadership."