How can you help persecuted believers in restricted nations? How about partnering with Voice of the Martyrs to deliver Bibles to hostile and restricted nations? Todd Nettleton will be along Wednesday to share how you can join in a 200,000 Bible challenge! Todd will also be filling us in with recent concerns from Ethiopia along with ways to be praying for Muslims during Ramadan.

A new Gallup poll is revealing church membership in the U.S. at an all-time low, falling below a majority for the very first time in our nation’s history.  What are the reasons for this decline? What do the numbers reveal about faith in America? Dr. Dan DeWitt from Cedarville University will join Ken and Deb to unpack this recent study and shine the light on some good news from these findings. 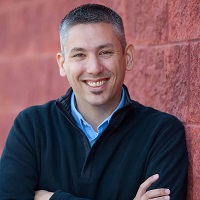 Dan DeWitt is the Director for the Center for Biblical Apologetics and Public Christianity, Associate Professor of Applied Theology and Apologetics at Cedarville University in Cedarville, Ohio. Before joining the faculty of Cedarville University, Dr. Dan DeWitt served in academic and pastoral roles as Lead Pastor of the Campus Church, a campus of Highview Baptist Church, which met on the campus of the University of Louisville, and as Dean of Boyce College, the undergraduate program for The Southern Baptist Theological Seminary. He started the Center for Biblical Apologetics and Public Christianity in his first year at Cedarville in the fall of 2016. He is the author of Jesus or Nothing, Christ or Chaos, Life in the Wild: Fighting for Faith in a Fallen World, and The Friend Who Forgives.